Emulate all Android applications on your Mac 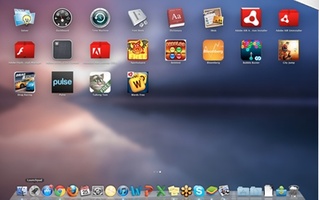 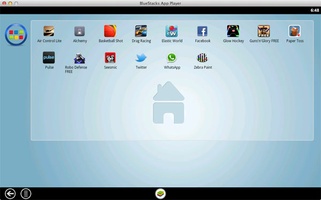 To download apps all you have to do is write the name of the app in the search query and find it and click it to download. In a matter of seconds it will be ready to use on your computer. Of course, in all the apps it will be your mouse curser that will act as a finger in the apps, so you can play games like Angry Birds Space in a new and more intuitive way or any other free title from Google Play.

The options of the program allow you to configure things like the language of the terminal to the controls of the terminal. From there you will be able to select for example the accelerometer from the telephone using your keyboard. This way you will have absolutely no problem playing any game. BlueStacks App Player is a fantastic tool that brings you an authentic world of possibilities for any Mac user, who will be able to use all the applications available on Google Play.
By Álvaro Toledo
Bluestacks 4.40 significantly improves performance and adds a media manager

In September 2018 the anxiously-awaited BlueStacks 4.0 was released, with its main new feature being the fact that it could be used with Android 7 Nougat, in addition to presenting an updated interface and more compatibility. Four months later, and we have the version 4.40, which continues down the same path on its mission to reduce memory and CPU usage of the virtualization, especially when using various apps simultaneously. Plus, they've added a so-called Media Manager, that lets you easily transfer files between the virtualized device and the host computer.
See more

After more than seven months in beta phase, BlueStacks 4 has finally reached maturity and the first stable version of the well-known Android simulator for PC is finally available. As we've already commented in our review of the early release, one of the main lures of the update is the support for Android Nougat, which means that many games that require higher versions of the operating system will work with it. And the best news is... you can download it right now from Uptodown.
See more

Bluestacks in-depth: an interview with their director of marketing

We recently announced the launch of the new version of Bluestacks, whose main new feature is the incorporation of Android Nougat for the first time on PC, and you can download it now through Uptodown. As a result of the interest generated by our announcement, we were able to talk to Yuriy Yarovoy, Bluestacks' director of marketing, and get his take on the strengths of the new version of their software.
See more

It no longer works in Mac environment. I was watching good security cameras. I'm very unhappy about this. : ((

why was bluestacks and under maintenance fine for me? when can I download it?

Apr 7th, 2015 A Chrome extension that can run Android apps on PCs

Jul 3rd, 2014 BlueStacks: The best way to use Android apps on your PC

Google Chrome
Google's new browser is now available for Mac
Mozilla Firefox
A multi-platform web browser with open source code
Safari
The web browser by Apple
Adblock Plus for Safari
Block annoying Internet ads on Safari
Yandex.Browser
Yandex, the most popular browser in Russia
Vivaldi
Stay organized while you work with this efficient browser
Brave Browser
A safe and user-friendly browser based on Chromium
Firefox Developer Edition
A version of the popular browser especially for developers
Advertisement